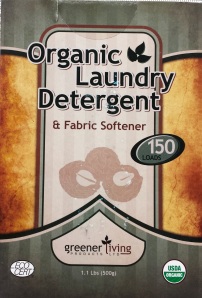 As promised our eco friendly laundry methods! Soap Nuts! plain and simple, I will NEVER go back…So the run down, they are literally nuts (4 per baggie) that you put in a little cloth, muslin to be precise, baggie and tie it shut. Throw it in the laundry, no detergent or softener needed. Each baggie can be used multiple times though it varies greatly by load size to my understanding. I’ll update you when our first baggie runs out, but, they are supposed to just turn to mush. Our Laundry…well…smelled like clean cotton/denim/poly blends etc. no lingering odors or flowery fresh scents, making it perfect for us! It was recommended for cloth diapering habit, so we tried a “stripping” last weekend, its really like new cloth! I was so pleased, I will never go back to regular soap. Plus, the nuts can be turned into liquid soap and is an ingredient in things like shampoo and bug repellant! SCORE:)
And also the promised new recipes! Coco-nana-balls/squares/bars a fun concoction that produced amazing little treats! I cant tell you exactly what I used because I attempted from another recipe and when I tried to triple it…well…that’s when it went a little awry. This was the end product though 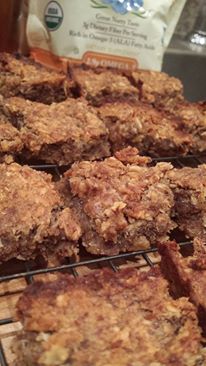 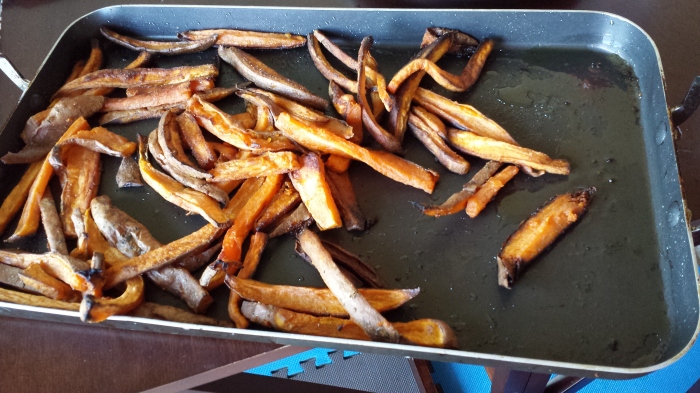 We also made sweet potato fries. Scott and I really loved the frozen sweet potato fries with chipotle, but in an effort to “eat fresh” as we call it, I looked up alternatives. Well I gave up rather fast, I have little patience when I think I’m signing up for an easy project and it turns out to be a pain in my ass. So, I decided to wing it…..are you catching a pattern here?…I left the skin on but scrubbed the whole potato clean. I then sliced them the “long-way” about 1/2 inch thick. Added a sprinkling of salt and a cup of oil in the bottom of the pan, and sloshed the sweet potato slices around in it. Baked at 450F turning and mixing every 5/10min until desired crispiness!
In other news it seems there was a mix up with our mail, we still haven’t gotten any. It wouldn’t matter so much, but were waiting on paperwork for a “modeling” job for the boys. We’re hoping to be able to build them a college fund! Plus it helps with getting them out and experiencing different things:) but check out this “live action” from the other day. I only wish I had a better camera on me when I snapped this pic with my phone….or that they would hold the pose for me;) But hey, we may soon have cuter pictures than this! 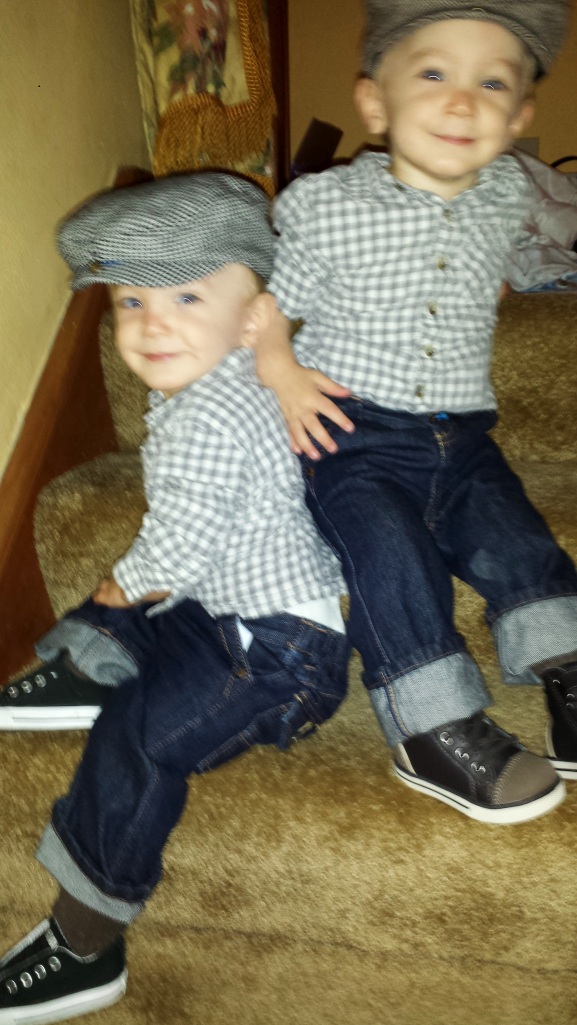