Ok slight disclaimer: this will be opinionated, probably abrasive and hopefully educational:)

I recently saw a Facebook post that really rubbed me wrong
…..lovely Facebook….the numerous entries I could do with what “rubs me wrong” from the time-suck of a site…..

Aaaanyhow Kids V. Dogs
To clarify what rubbed me wrong- a woman not only ripped on another who said she had a “furbaby.” But the following comments by a LOAD of SHM’s claiming that having kids and dogs are NOTHING alike, they should never ever be compared, and (this one was fun) makes her want to “punch people” was really what got me.
I wanted to, hopefully, guide some people here so they don’t end up like those women. So, from the mouth of a parent, a dog owner and a licensed trainer, there ARE similarities. Before you get your knickers in a wad and scroll to comment on why it’s not the same, finish reading.
A) no one is comparing your child to my dog or vice versus. No one said “oh hey, Timmy is scooting his butt on my rug you may want to take him to the vet.” Dog owners and parents know that your kid is not a dog nor can it be kenneled like one, it’s not what was said. So, get over yourself and realize no one actually called Timmy a dog.
B) yes people are REALLY, unbelievably, creepily attached to their dogs/kids at times. I will openly admit I can be one of them. But guess what… It’s because I LOVE them. I WANT to be around them, and they want to be around me. It’s called companionship for a reason people. So don’t judge because people have furbabies and not the “real” thing. Having a human baby doesn’t make you better, it makes you poorer, sleepier, crabbier, etc. and this isn’t even the point so don’t bring it up to me to defend your stance.
C) and this is the big one so pay attention. RESPONSIBILITY, CONSISTANCY, LOVE and PATIENCE (among many other things it takes to parent a dog OR child) Having a pet means you need to be consistent to train it. You think Timmy popped out of the womb fully potty trained?…Nooooo, and neither did lassie. It is a learned skill! And how do we teach our kids?….you guessed it, by being consistent. And I’d like to point out the techniques for positive reinforcement training in dogs are EXACTLY the same as positive reinforcement for kids. Now, you think leaving the bar at 12 to go home and relieve the nanny it’s noooothing like me leaving at 12 to let my dog out so it doesn’t pee or poop itself? Get off your high horse and see that it’s about a time commitment you made to a living, breathing creature. Patience, you might ask? Any dog owner can give you horror stories about the rescue dog they got who chewed through a wall in their house so he HAS to go to dog daycare… daily. Just as fast as a parent can tell you the baby gave himself a poop-stache at 530am after removing his diaper and flinging said poo. (yep, that happened in my house) Oh and LOVE?….that’s when your dog eats dinner but you didn’t because you paid so much in vet bills that month.

It’s obvious to most of us that dogs are in shelters because of owners who don’t feel that they are a member of the family for LIFE. They make excuses and send the dog away, discarded like an inconvenience, or shunned when a “real” baby comes along.
So before you get one keep this in mind, pets are a commitment, and YES you should think of it like having a child. And if you truly love your pet like family you will tell other people it IS like having a kid they DO require a lot and to think it through before they get a dog.
This simple realization that pets SHOULD be treated like your child, could save thousands.

Short answer YES they are similar!

As if you haven’t seen enough pictures of my FURBABIES here are a few more. 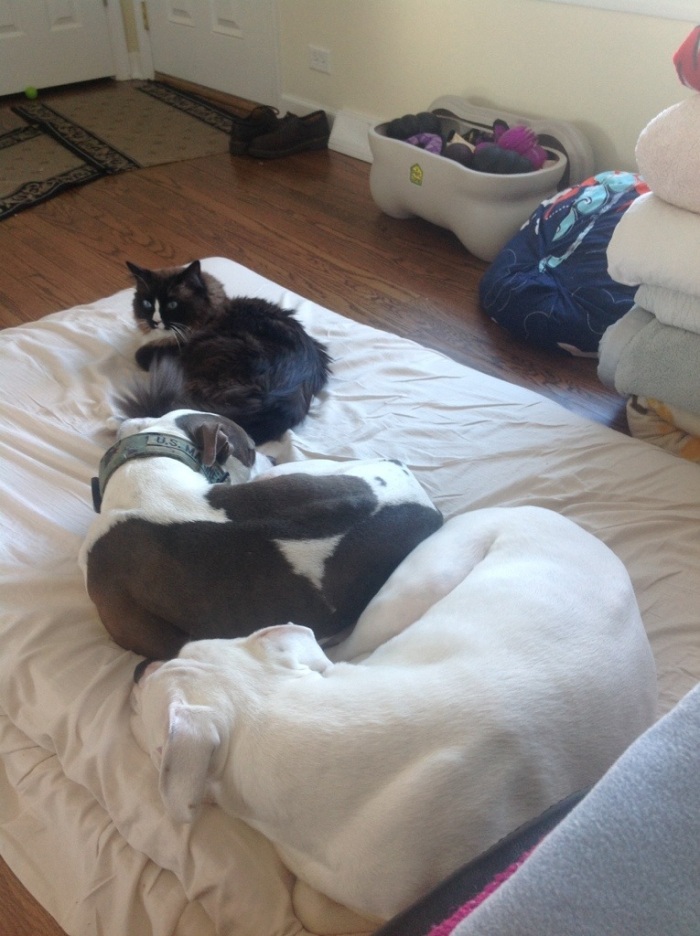 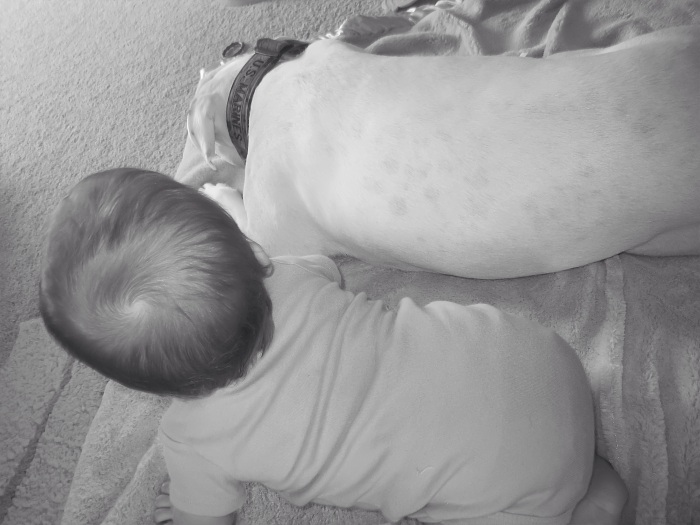